Do not take alcoholism lightly! 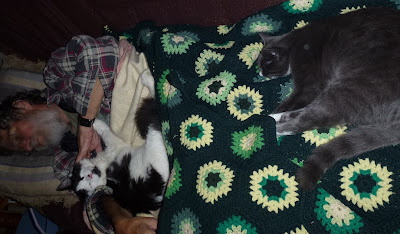 He asked me to take this photo 2 years ago. He had stopped eating but was still drinking the hard stuff, even if he could hardly keep it down.

He could no longer walk either. And he was always cold. Could hardly feel his hands and his feet.

But still he refused to see a doctor.

Our lives would never be the same again.

Do not take alcoholism lightly. It could kill you.
Posted by Amie du Richelieu at 7:21 PM