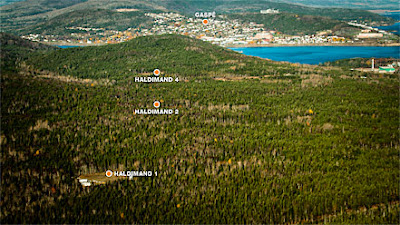 The opponents of the Junex oil project in the Gaspésie peninsula do not have the right to give a training camp on civil disobedience on the public land they are now occupying. A Superior court judge has accepted the request for injuction presented by the Quebec Government, admitting that the government could be harmed seriously and irreperably if such a camp would come to be.

In a ruling Thursday evening, judge MIchel Beaupré has "banned anybody occupying illegally and without authorisation State land from having training camps about civil disobedience, or any other similar activity."

The judge thinks that having such a camp, that should have started Friday, could cause serious and irreperable prejudice for the Quebec government.

However, the court does not rule on the Couillard Governement`s request that demands that the opponents assembled around the group Environnement Vert-Plus, be kicked out of public land they are occupying for the past 9 months. This question will be debated during the debate on the basics of Quebec`s request, at an ulterior date not yet determined.

Also, Judge Beaupré adds that the right of the governement is "apparent" since the Energy and Natural Resources Minister Pierre Moreau has the right and powers of property over State land. But the opponents occupy this public property without the minister`s authorisation.

The court does not rule either on the question of the right of freedom of expression, the freedom of association and peaceful demonstration of citizens opposed to the oil industry`s installation in the Gaspésie. These questions will be debated later.

Reacting to the ruling, the spokesperson of Environnement Vert-Plus Pascal Bergeron, qualified the magistrate`s decision as a "gag rule". He says that the planned activities within the civil disobedience training are within freedom of expression , demonstration and peaceful association.

The opponents to oil exploitation intend to obey the injunction, the occupation of their camp is maintained, but the training planned on direct action against oil and gas installations will be held on sites near but not on state land.

The Quebec Government and Junex have not yet reacted to the ruling Friday. Junex has never answered the Thurdsay request for an interview with Le Devoir. The "River Camp" - "Camp de la Rivière", west of Gaspé, by route 198, has been built at the entrance of the access road to the Junex drilling sites for it`s Galt project. It is 3 km from the wells of the company.

The oil exploration project for which Junex has already asked for an exploration lease, could very well become the first oil extraction site in Quebec.

The exploration of this deposit that would need a maximum of 30 wells on 5 sites, could last more than 40 years, says Junex. But the project has not gone through the stage of environmental evaluation that could be done under the responsibility of a BAPE.
Posted by Amie du Richelieu at 3:26 PM No comments: 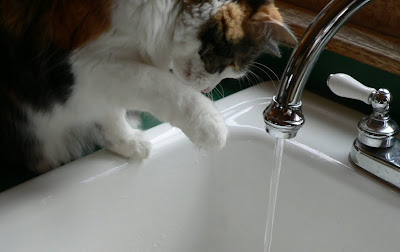 My translation of article written by Alexandre Shields published in Le Devoir on May 27 2018.

At least 166 municipalities have decided to make a common front and go to court to force the Couillard Government to give them the right to have stricter laws to protect drinking water from oil and gas drilling, learned Le Devoir. The Environment Minister Isabelle Mélançon is still refusing to give them this right, even if she can do so.

These 166 municipalities are part of some 338 municipalities, representing more than 4 million Quebecers, that have passed a law that would require a minimum distance of 2 km between a drinking water source and future drilling.

They all ask Minister Isabelle Mélançon to give them the right to go above and beyond the provincial law. This law, called Règlement sur le Prélèvement des eaux et leur Protection (RPEP), passed back in 2014, imposes a minimal distance of 500 meters between drinking water sources and oil and gas wells. A distance thought of as clearly insufficient by municipalities to insure against any contamination.

But even though a first formal request was presented in June 2017 but rejected by the ex-minister David Heurtel, then discussions and 2 meetings with Mme Mélançon`s team, the "pilot committee" that drives the municipalities`endeavour is still waiting for a positive response from the government.

Exasperated by the slowness of Quebec to answer their request, 166 municipalities have decided Friday to instruct their lawyer to file an application in court to obtain the requested exemption.

"The analysis that is the basis of our request is solid and credible. So we do not want to start all over again a new scientific analysis process that would put us back at least till the end of June, so after the National Assembly`s session`s closure, during the summer period and just before the electoral campaign" says the mayor of Ristigouche Sud-Est François Boulay, member of the pilot committee, Friday.

"The committee remains open to negociations. We are ready to welcome any reasonable proposition and work with the Minister. But the municipalities want an anwer and an adequate answer." added jurist Richard Langelier, in charge of scientific suppport to the municipalities.

If the Environment Minister refuses to agree to give an exception , the committee could then ask the court to evaluate the "reasonable character" of such a decision.

"Our question is as follows: can a municipality pass a law that is more strict than the provincial government`s in order to protect it`s drinking water?" says François Boulay. Passing such a law that puts a 2km distance between a source of drinking water and drilling made the gas company Gastem sue his municipality. But the court ruled in the municipalities favor, without ruling on the 2km part.

To avoid repeating this situation, that was a major risk for Ristigouche Sud-Est`s finances, the municipalities have decided to ask Quebec directly the right to vote on more strict laws than those of the RPEP.

"To give more weigth to the unprecedented legal prodedure that they now have decided to start, the municipalities will try to have more to join them. "We will quickly be more than 200 municipalities" predicts Richard Langelier. They have also received last week the unanymous support of the members of the Union des Municipalités du Québec.

Mr Langelier added that they did not mean to stop all of the oil and gas exploration projects that could develop in Quebec where more than thousands of square kilometers have exploration permits. As per Mr Langelier, the Gaspésie Bourque project belonging to Pieridae Energy, is more than 2km from the nearest drinking water source.

In the office of Isabelle Mélançon, they said Friday that they wanted to avoid going to court. Press spokesperson Julien Marcotte, repeated that the Minister will have an answer for the municipalities "in June", without giving an exact date. He says that Mme Mélançon never promised to answer the committee by May 25 like they say. He added that the MInister came into her function in October 2017 and had to familiarize herself with the dossier.

While the municipalities want to be able to prevent risks of contamination of their water by hydrocarbons, the Energy and Naturale Ressources Minister Pierre Moreau has still not published the law that would enact the hydrocarbons Law.

The bills published in September 2017 confirmed the intention of the Couillard giovernment to allow fracking. They also would allow drilling at 350 meters form residential areas and 275 meters from hospitals and schools. Minister Moreau promised to make corrections, but still has not published the laws. 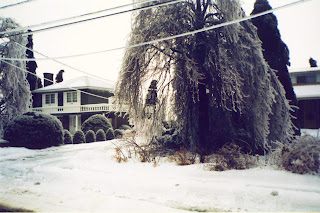 Yesterday, I was working in my woodpile in the backyard, stacking firewood while listening to the birds signing all around me. Suddenly, a loud "crack" on the left of me, then immediatly after, a metallic "bing" to the right: I recognized the sound of an air BB gun. So I looked up to my left, trying to see through the thick cedar hedge of my neighbor`s.

I could not see a thing until he moved. I could make him out between the branches, and he was carrying a black rifle. I then heard a "pffft". The cartridge sounded empty. That`s when he walked back to his house with it and went in by the basement door.

My heart was beating real fast. I don`t think he knew I was there. He`s a bit deaf for working in construction without any ear protection. If he had fired again, I would have cried out, making him aware that I knew what he was up to. I thought of calling the police, but I have already accused him of assault in the past and he had pleaded guilty and just got a letter from the prosecutor (I got a copy). So was it worth calling the police?

He already makes me uneasy, and now I will be event more watchful of him.
Posted by Amie du Richelieu at 2:23 PM No comments: 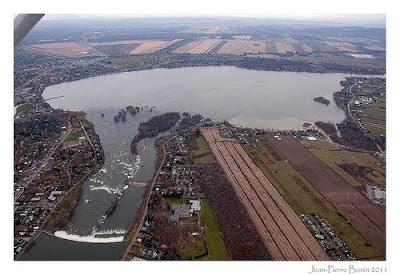 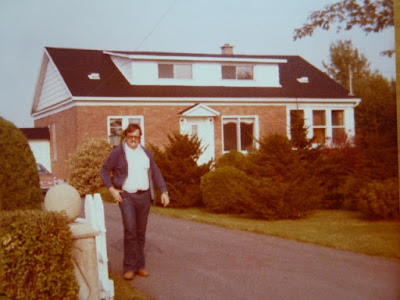 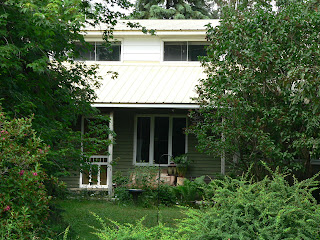